The pre-Shot Show excitement kicked off today with an top-notch invite only range day by Sig-Sauer.  It was held at the Clark County Shooting Park which is quite the spectacle in and of itself.  Next time you are in Vegas, I recommend you take the time to drive out there and see it.  The Clark County range is to shooters what the Bonzai Pipeline is to surfers.  The focus of this year's event was Sig's suppressor line.  They cover the whole 9 yards, from titanium to inconel steel, .22lr to .308.  They also had their red dot optics, scopes, range finders, spotting scopes and binoculars on site to demo.  The suppressors could be threaded on or quick connect and proved to be quite effective.  They had a suppressed .22lr 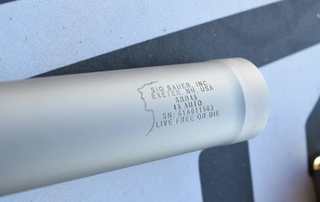 and 9mm to shoot and I was surprised at how lightweight they were.  I will have specs in a later post.  We saw the Romeo 4T and 4S red dots, which are known for their long battery life, and features like motion activated reticles, user changeable reticle, solar power/batter power, and an affordable price point.  There were two variable power scopes, the Whiskey5(5x-25x) and Tango6(3x-18x). 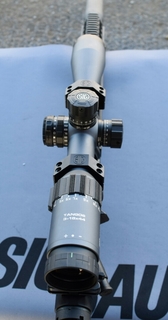 If this wasn't enough neat gear for you, they also had range finders and spotting scopes.  I hope to put them through some real T&E this summer and will let you know how they do.