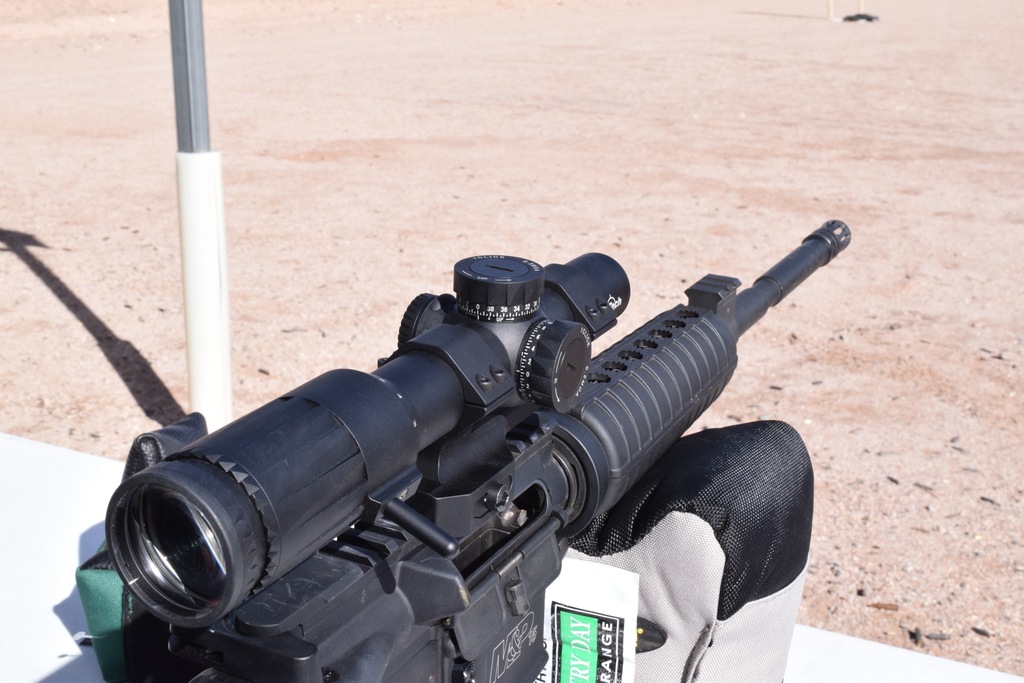 When the rep began to outline the scope's features, he indicated that it was first focal plane, which I usually don't care for on a Patrol Rifle.  I prefer smaller MOA reticles, but that is just what I was raised on.  I was pleasantly surprised when I looked through it, however. 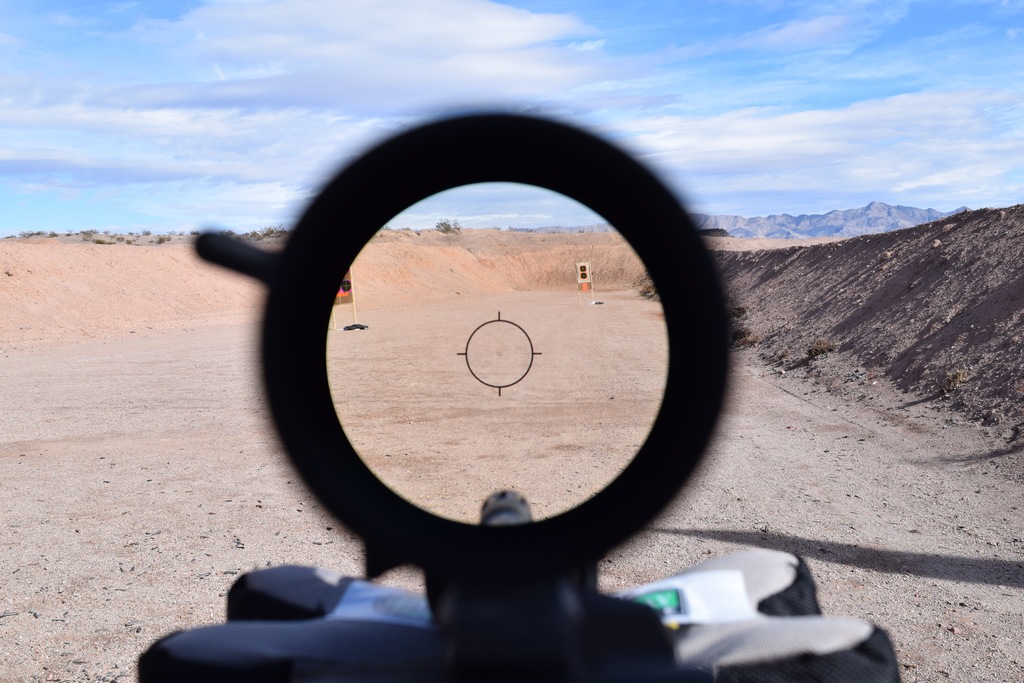 The reticle is similar to a standard Eotech holographic reticle when at 1x, but when you amp it up to 6x, instead of having a huge aiming point or reticle, what was a center dot at 1x, is now a very fine, very small reticle with either 5.56 or 7.62 BDC. 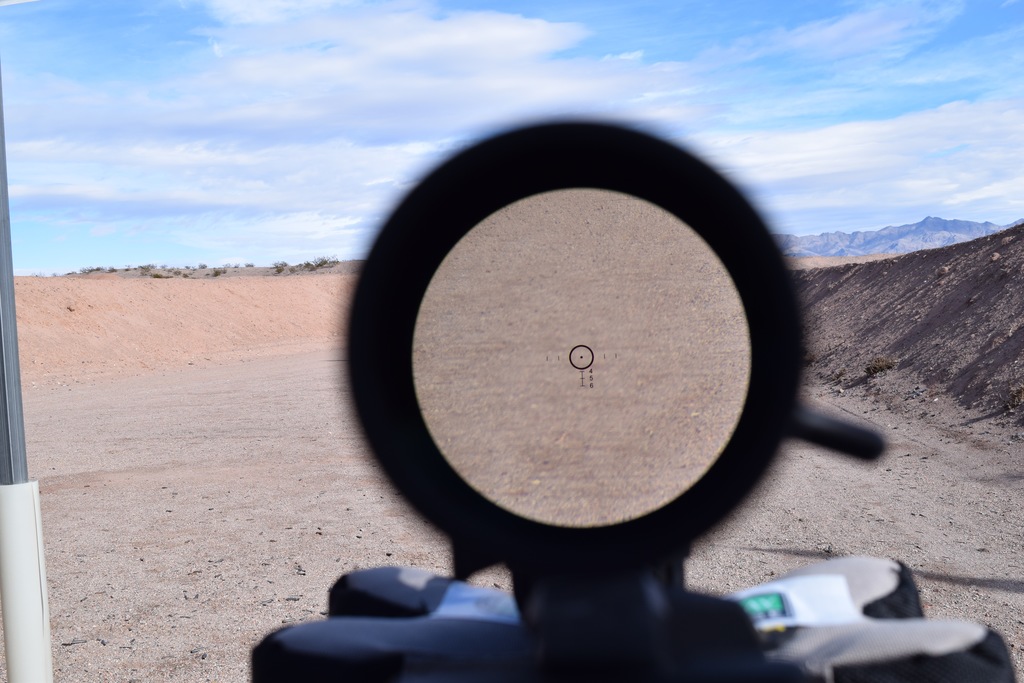 The reticle will illuminate and the glass is very clear.  Eotech literature lists the battery life of its CR2032 at 10,000 for minimum day brightness at room temperature.  For your windage and elevation adjustments, they are .5 MOA clicks, 24mm objective lens, and a 3.1"-3.9" eye relief.  I found the eye relief to be a bit less forgiving than my Trijicon Accupoint, but not as specific as some lower price point scopes like the Millet DMS or the Weaver.  I forgot to check the windage/elevation adjustment knobs to see if they lock, since they are exposed, but I will check that and update tomorrow or Wednesday when I make to their booth.